Teaser Tuesday: Up the Mountain 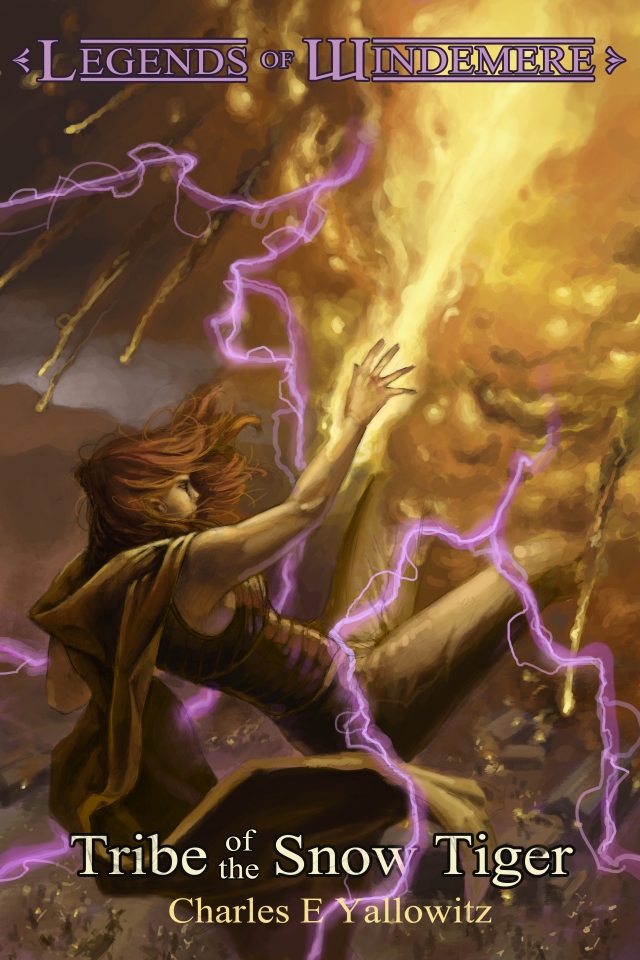 Welcome back to Teaser Tuesday.  Going to start off with Luke Callindor since he won the poll back in mid-June.  I’m aiming for fresh teasers too, so not going back to old posts unless I have to.  This time we’re diving into Legends of Windemere: Tribe of the Snow Tiger.  Enjoy!

There are plenty of handholds and the moonlight makes the first leg of the climb easier than Luke had feared. It is only after three hours of rapid ascent that their journey slows to an agonizing crawl. Powerful winds whip at the tired pair and threaten to launch them off the mountain. Many times a gust strikes the climbers from the back to beat them against the stone like an angry child pounding on a toy. Heavier and more experienced, Lodur swiftly adapts to the changes and continues to push forward without losing much of his momentum. The lighter forest tracker is not as lucky as he struggles to grip the stone, which has become more fragile thanks to years of battering winds. Several times, Luke’s hands slip and he nearly falls off the mountain, his quick reflexes the only things that save him from a painful demise. Catching his breath after one of these near disasters, the half-elf watches his guide scale the cliffs with a speed that he cannot hope to match.

“Please tell me we don’t have to get to the top of this!” Luke shouts, praying that the barbarian’s keen ears can pick up his voice. With no response, the champion goes back to climbing against the winds. “I can’t believe the witness has scaled this thing repeatedly for all these years. There has to be a secret passage or something. Maybe Lodur was never told of the safer path and he isn’t fully trusted. He said to avoid the caves, but it couldn’t hurt to stick my head in one and give a listen.”

Luke clambers onto the nearest ledge where he sees a gaping hole in the stone, the cave big enough for a barbarian to enter without crouching. A mournful whisper emanates from the opening, but the forest tracker is sure it is nothing more than the wind. Taking a few steps into the darkness, he is surprised to find that the sounds from outside are already muffled. Seeing with his ears, Luke gets a mental image of a tunnel that goes deep into the mountain. Small forms flit around in the distance and it takes him a few seconds to recognize them as harmless bats. Dripping water and chirping insects help to fill in the rest of the terrain, but he finds nothing dangerous to explain his companion’s warning.

“Why do we have to avoid these?” he softly asks, rubbing his stiff fingers. Something moves nearby and Luke catches the glimmer of a large beast on the ceiling. “Had to open my big mouth.”

The pointy-eared creature remains motionless as Luke silently backs toward the exit. With a slow exhale, the half-elf takes a long step that nearly brings him out of the darkness. He is almost at the cliff when the beast hisses like a cat and pounces. Tracking his breath, the black-furred lynx bounds around the warrior and tries to bite him in the throat. With no time to draw his sabers, Luke keeps the knee-high predator at bay by throwing it over his head and spinning away from a swipe at his head. Desperate to escape and catch up to Lodur, he kicks the beast in the face with enough force to knock it off the cliff. Rushing to the edge, he is stunned to see the animal spread its limbs and reveal thin membranes along its sides. Riding the powerful winds, the lynx lands on the mountainside and uses its long, metallic claws to run along the uneven stone. It jumps over Luke’s head before he can react and glides back toward the warrior, the predator’s teeth aiming for his neck.

A knife strikes the flying lynx in the side, piercing the heart and killing it instantly. The limp body crashes into the half-elf, who nearly slips off the cliff and gulps at the view of how far he has to fall. His hand is grabbed by Lodur, the barbarian roughly yanking him back onto stable ground. With no other weapons on him, the old warrior retrieves his knife from the dead animal and haphazardly cleans it on his soiled shirt. With a powerful shove, he knocks Luke against the wall and corners the champion, his face a mask of brewing rage.

“I told you to stay away from the caves,” Lodur whispers, his reddish brown eyes scanning the sky. A brief sound to his right makes the barbarian sweat and he carefully listens for it to repeat. “Unlike the witness, we aren’t welcomed here. That’s why the tunnels are off-limits and we’re forced to climb up the side. If you were patient, we would have made it to the cabin just before dawn. Now we have a problem.”

“The lynx is dead and they don’t run in packs,” Luke argues, his senses picking up on several forms coming around the mountain. The whipping wind and an eerie stillness to the approaching figures makes it difficult to identify them beyond the fact that they are huge. “What exactly is going on?”

“The true masters of the Stone Asp Mountains have arrived and they don’t like trespassers.”

“Don’t be vague. Who or what are the true masters?”

Charles E. Yallowitz was born, raised, and educated in New York. Then he spent a few years in Florida, realized his fear of alligators, and moved back to the Empire State. When he isn't working hard on his epic fantasy stories, Charles can be found cooking or going on whatever adventure his son has planned for the day. 'Legends of Windemere' is his first series, but it certainly won't be his last.
View all posts by Charles Yallowitz →
This entry was posted in Legends of Windemere, Teaser Tuesday, Tribe of the Snow Tiger and tagged action adventure, barbarians, excerpts, fantasy, fiction, Luke Callindor, magic, mountains, teaser Tuesday, Tribe of the Snow Tiger, warriors. climbing. Bookmark the permalink.

6 Responses to Teaser Tuesday: Up the Mountain