Questions 3: Mutual Enemies in a Series

Posted on March 8, 2021 by Charles Yallowitz 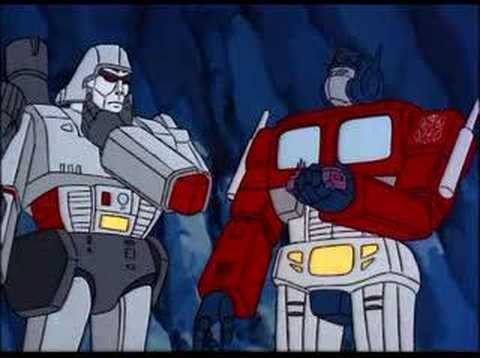 Megatron and Optimus Prime being awkward

A few times in War of Nytefall, Clyde and his enemies have to unite against a common enemy.  It’s been pointed out as ridiculously common and thrown their war into disarray.  After all, how can you maintain a civil war when you have to keep working with the other side?  Part of this is because the war is really a grudge between Clyde and Xavier, so they are able to put their differences aside for their kingdoms when a third party steps in to cause trouble.  Nobody said these two were rational when it came to each other.

This continuing interruption has made me consider a lot of questions about enemies coming together for a shared goal.  You do see this a lot in series, especially superhero tales.  Seems like it’s inevitable too.  Yet, it isn’t very easy to pull off.  These characters are supposed to hate each other, but now they work together.  There has to be some friction, but not so much that they can’t operate.  On the other hand, you can’t have them be best friends or their rivalry won’t make any sense after the shared threat is over.  It could end the major plot before it’s time.  So, I’ve had to create these tentative alliances or have them inadvertently work together.  Thankfully, it’s worked out so far.  Don’t think I can pull it off again since I’m heading for the end.

Still, let’s see what people think about enemies working together.

Charles E. Yallowitz was born, raised, and educated in New York. Then he spent a few years in Florida, realized his fear of alligators, and moved back to the Empire State. When he isn't working hard on his epic fantasy stories, Charles can be found cooking or going on whatever adventure his son has planned for the day. 'Legends of Windemere' is his first series, but it certainly won't be his last.
View all posts by Charles Yallowitz →
This entry was posted in Questions 3 and tagged alliances, Dawn Fangs, enemies, fantasy, friends, magic, series, shared enemy, sword & sorcery, vampires, War of Nytefall, Windemere. Bookmark the permalink.

17 Responses to Questions 3: Mutual Enemies in a Series