Music of Legends of Windemere: Family of the Tri-Rune

Posted on December 15, 2020 by Charles Yallowitz 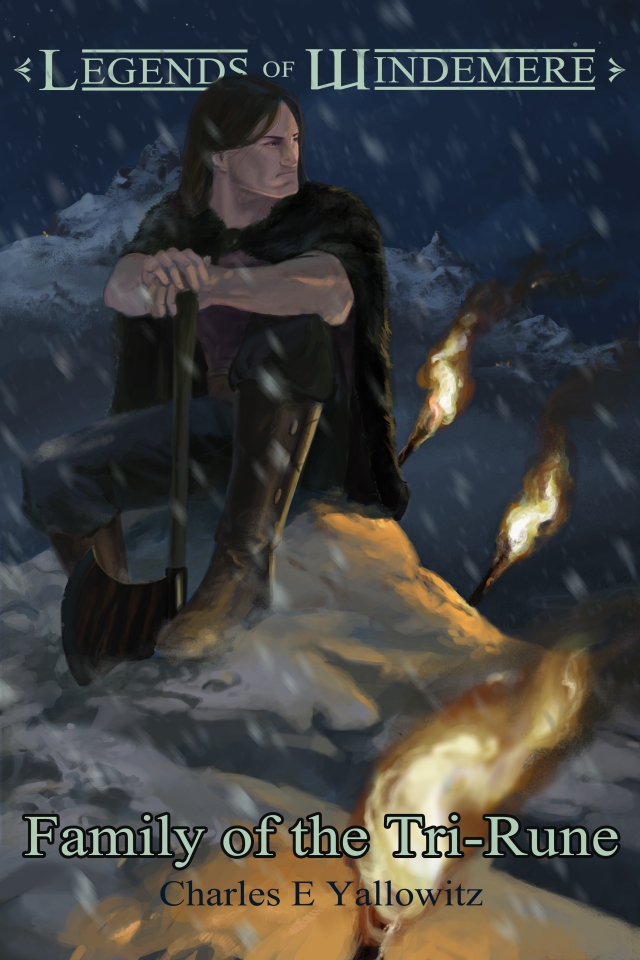 Welcome back to the musical fun!  Things are getting more difficult because I’m terrible at remembering songs and keep changing favorite artists.  A title or single line might make me think of a book, which isn’t good enough for this project.  Now, let’s see the trio for Legends of Windemere: Family of the Tri-Rune.

This one is mostly about Timoran Wrath who officially debuts.  For those who haven’t read the book, this is the powerful and wise barbarian of the group.  This is more about two men in a ring, but it still fits.  There are a few sparring and one-on-one matches mixed in as well.

Really big difference between the two songs.  While the first one is about the power and strength of Timoran Wrath, this one keeps mentioning a wise man.  I think it works for his more insightful side.  This book is also where the Luke Callindor/Sari/Kira Grasdon love triangle really kicked off.  All three grew out of this subplot and I played this song during a few of the more emotional scenes due to the somberness.

There’s a lot about identity and learning who you are in this book.  Well, also learning about who is really what they appear to be.  So, this one does come in as a shaky third.  Honestly, there weren’t any songs about mothers and fathers that spoke to me enough for me to touch on the family side of the story.

Charles E. Yallowitz was born, raised, and educated in New York. Then he spent a few years in Florida, realized his fear of alligators, and moved back to the Empire State. When he isn't working hard on his epic fantasy stories, Charles can be found cooking or going on whatever adventure his son has planned for the day. 'Legends of Windemere' is his first series, but it certainly won't be his last.
View all posts by Charles Yallowitz →
This entry was posted in Family of the Tri-Rune, Legends of Windemere and tagged barbarians, caster, children, dragons, epic fantasy, Family of the Tri-Rune, fantasy series, fathers, Fizzle, heroes, home, Legends of Windemere, Luke Callindor, magic, mothers, music, Nyx, Sari, sorcerers, spells, spirits, sword & sorcery, Timoran Wrath, undead, videos, wizards. Bookmark the permalink.

4 Responses to Music of Legends of Windemere: Family of the Tri-Rune