The Vengeance Hounds: Still in the Game

Posted on September 11, 2020 by Charles Yallowitz 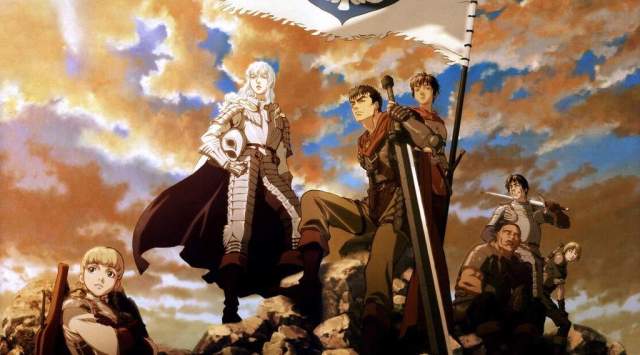 So, I can’t really go into details about the state of the Vengeance Hounds because of what happened in War of Nytefall: Eradication.  They are still dealing with the fallout in War of Nytefall: Ravenous, but I did get to give them some good scenes.  Desirae Duvall is fully aware that these Dawn Fangs are the ones she will have to contend with first if she fights with Nytefall.  That means they are prime targets that she needs to remove before she can even think of facing Clyde and Mab.  So, let’s do a little refresher for those who don’t know much about this team.

Who are the Vengeance Hounds?

These are people in Clyde’s gang who make up a bulk of the membership.  Before the Great Cataclysm, they were a small army of mercenary vampires who followed Titus Winthrop.  They didn’t always work as a whole unit, but they took on jobs and heists that Clyde and Mab weren’t interested in.  This helped to bring in more money for their activities and grow their reputation.  Sadly, they were used as branch of Nyte’s army after the Great Cataclysm, which saw their numbers get reduced to three.  Nobody wanted to join them because of terrible disasters that were caused by bad planning or horrible luck.  Under Nytefall, they have remained as the core trio with the addition of only one member, so they act more like a small mercenary group and specialty team.  Part of this is because Titus isn’t ready to have so many people under his lead because he’s still smarting from losing so many friends.  Now, who are the members?

This is their leader who is a towering warrior covered in scars and swinging twin claymores as if they’re nothing.  He is also Mab’s younger brother and not by fang, but by blood relation.  That’s rather unique among vampires from their era.  His powers are rather niche in that they only have combat uses, but he is finding other situations for his ’empowering voice’ ability.  The others are that he can create a solid double that stands back-to-back with him and his blood can turn a weapon into a Chaoswind.  These are evil weapons that cause pain to anyone with good in their soul that they cut.  The level of agony depends on how good-hearted they are.  Titus is almost like the Nytefall version of Decker, but he isn’t as good of a general because he has never commanded an official army.  He is more of a mercenary.  Still, Clyde goes to him for military advice and everyone else knows he is one of the most dependable Dawn Fangs around.

Another of the originals who joined after fighting Titus to a draw.  He is a forest tracker who uses sickles for weapons, but his main use is reconnaissance.  Being able to create phantom doubles, transforming into a raven, and tasting emotions in the air make him a very talented spy.  Luther doesn’t really like the cities, so he does most of his snooping in the wilderness and small towns.  He leaves the more urban places for Chastity Sullivan, which makes them a very talented duo.  In fact, they have a close relationship that borders on crushes, but it’s really a high amount of success.  Luther and Chastity see each other as the only ones who they can be honest with, which helps them to compare notes.  Still, he does a similar relationship with Bob.  As much as Luther gets frustrated with his friend, they always jump at the chance to work together.  It’s very much like two brothers who will bicker until they need to team up.

The last of the surviving originals, he is . . . odd.  Bob is an elf whose hair is half blonde and half black.  He carries a lance as a weapon and his armor is usually beaten up while his riding boots are pristine.  He is obsessed with horses and his greatest ability is to build different types of steeds out of parts.  His invisibility makes him a great spy, but he is easily distracted and can go off task at times.  Bob still gets the job done, but there might be some extraneous activities that he has to report on.  Part of this is because he was tortured by a paladin before Titus saved him.  The experience left him loyal to his new friend and lacking a tight grip on reality.  Being able to speak to animals doesn’t help because he has to add their opinions in on what he’s reporting.  Many times, this involves their opinion on horses or he complains that there weren’t any horses for him to interview, which makes him sad.  All zaniness aside, Bob is a character that will suddenly speak to the point of a problem and come through when you need him most.  Also, he’s no longer the wildest of the Vengeance Hounds.

Anyone who has been on this blog for a while knows who this is.  The first womb-born of Windemere.  The daughter of Chastity Sullivan.  The not-daughter of Xavier Tempest.  The bestower of pink ribbons.  The Princess General  The dangerous psionic of Nytefall that most enemies focus on removing first.  Back when she had first appeared, Lost didn’t know where she belonged, especially since she left her own army behind to go in search of her father.  This resulted in her opening up to the Vengeance Hounds and being made an honorary member.  Ever since, her and her bunny have been working hard to show they deserve what they have been given.

Charles E. Yallowitz was born, raised, and educated in New York. Then he spent a few years in Florida, realized his fear of alligators, and moved back to the Empire State. When he isn't working hard on his epic fantasy stories, Charles can be found cooking or going on whatever adventure his son has planned for the day. 'Legends of Windemere' is his first series, but it certainly won't be his last.
View all posts by Charles Yallowitz →
This entry was posted in War of Nytefall and tagged Bob, Dawn Fangs, fantasy, lost, Luther Grathan, mercenaries, psionics, psychics, Ravenous, Titus Winthrop, vampires, Vengeance Hounds, War of Nytefall, warriors, Windemere. Bookmark the permalink.

7 Responses to The Vengeance Hounds: Still in the Game