Posted on August 7, 2014 by Charles Yallowitz 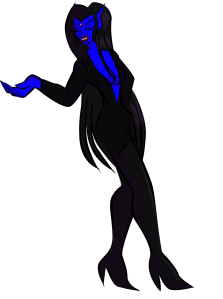 “You’re lying. This is a trick you’re playing on me for your own personal gain.”

“Do you think the barrier cutting you in half was an accident, you idiot?” Trinity asks. She drifts across the floor and jabs a ghostly finger through the Lich’s eye. “Stephen knew you would use your shawl to regenerate because you have limited time. He’s setting you up to be taken down by the champions, who are now five instead of three. I might not like you, Tyler, but if Stephen gets away with this, he’ll become bolder. What’s to stop him from plotting my demise or Vile or Nyder? If you run then he will be preoccupied with trying to catch you and maybe the Baron will see what is going on with his loyal servants. He can bring you back into the fold as long as you stay alive . . . or whatever you are.”

The Lich strokes his chin and moves to the eastern window. He looks out over the clearing around his castle. The orcs and giltris are resting and getting dinner as the sun begins to dip behind the distant trees. The yellow light from Ult, the amber moon, is already starting to move across the ground from the western side of the sky. It is a relaxing and eerie sight that makes the Lich smile beneath his shadowy hood. His fingers creak and clack as they dance along the window sill in an ancient beat that he thought he had long forgotten. It is a song in honor of a warrior who refused to surrender even if death was certain.

“If I run, like you suggest, then the master will never forgive me,” he sternly declares without turning to Trinity. “He never rewards cowardice, so it appears that I’m doomed no matter what. I believe I would rather be destroyed as a loyal servant of the master than a sniveling coward. If the master wills it, he can bring me back into existence like he has done before. Remember, dear Trinity, that I’ve been around longer than you and death for a Lich isn’t as scary as it is for the living.”

“Bravery isn’t your style,” the chaos elf states with a wry smile. “I expected you to take this poorly.”

“Oh, I’m furious, but the magic of my shawl has a soothing effect that lasts for a few hours,” the Lich states with a crooked grin. “Even if I wasn’t calmed, I would remain here. If Stephen wishes to destroy me then he better pray he does it right or I’ll be back to slit his throat. Besides, there is nothing for me outside of the master’s influence. This tower is my home and I would have to give it up if I ran. Would you abandon Shayd and your people if you were in my position?”

Her pride insulted by the comparison, Trinity growls and holds back the urge to call back her shade form. “That’s entirely different. I rule a kingdom and my people depend on me for their survival. I could never abandon them. You live in a swamp with nobody depending on you. Those creatures out there are your servants and the monsters you’ve unleashed on the swamp are nothing more than beasts.”

“It’s still my home,” the Lich says with a stern, chilling voice. “I devoured the necrocasters of old to claim the Caster Swamp. I filled it with unique monsters and made it infamous throughout Ralian. I might not have citizens to rule over, but I’m the king of this swamp. Not even an immortal whelp like Stephen can drive me from my home.”

TO BE CONCLUDED IN PART 4!

Charles E. Yallowitz was born, raised, and educated in New York. Then he spent a few years in Florida, realized his fear of alligators, and moved back to the Empire State. When he isn't working hard on his epic fantasy stories, Charles can be found cooking or going on whatever adventure his son has planned for the day. 'Legends of Windemere' is his first series, but it certainly won't be his last.
View all posts by Charles Yallowitz →
This entry was posted in The Compass Key and tagged author, elves, enemies, epic fantasy, excerpt, fantasy, high fantasy, lich, magic, mystery, prologue, series, undead, villains, writing, zombies. Bookmark the permalink.

2 Responses to The Compass Key Teaser: Allies Before the Storm Part 3 (Spoiler Warning)