Posted on October 27, 2021 by Charles Yallowitz 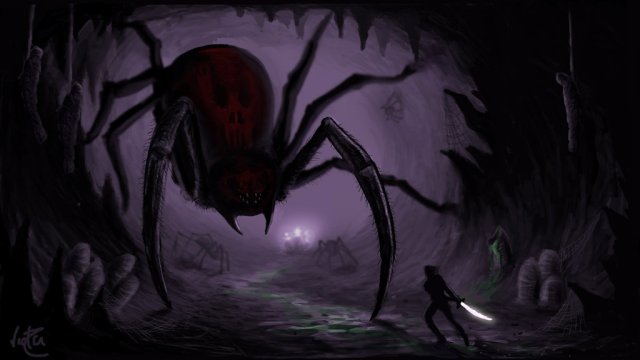 This is probably why I toss them in as scary swarming monsters.  They’re always big and give the heroes trouble.  The thing is that a giant spider gets boring even if you change up the species.  Webbing, poison, fangs, stabby legs, jumping, and those creepy eyes can only get you so far.  Sometimes, an author needs to take the icky monsters and make them a whole lot worse.

Well, Windemere has a bunch of monstrous spider species and I haven’t even started with those.  In fact, I’ve only done two types from what I remember, but I have others planned.  Here’s the list:

That’s all I can remember and find in my array of notes.  Spider-Kind was one of many that took 4th place, but I wanted to do it because of all the varieties.  It really shows how a fantasy author can take one template and get a lot of mileage out of it.  This works great for monsters, which are the animals of your world.  After all, real animals have a variety depending on environment, so it should be the same here.

Thank you for sticking with me for these monsters.

Charles E. Yallowitz was born, raised, and educated in New York. Then he spent a few years in Florida, realized his fear of alligators, and moved back to the Empire State. When he isn't working hard on his epic fantasy stories, Charles can be found cooking or going on whatever adventure his son has planned for the day. 'Legends of Windemere' is his first series, but it certainly won't be his last.
View all posts by Charles Yallowitz →
This entry was posted in Legends of Windemere and tagged arachnids, fantasy, halloween, Legends of Windemere, monsters, october, spiders, Windemere. Bookmark the permalink.