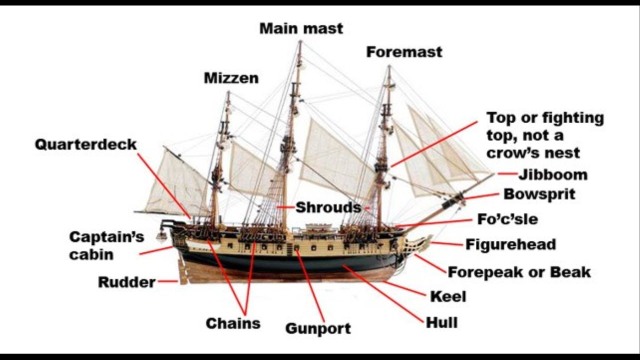 Parts of a Ship

Ever now and then, I have my characters travel on a ship.  Started in Prodigy of Rainbow Tower and it happened at least once in War of Nytefall.  The reason is because you can’t always stay on land when traveling.  You can come across a river, lake, or ocean because quests/adventures don’t pay attention to coastal borders.  This brings up the challenge of creating scenes that are in a very limited setting.  We’re not talking cruise ships here (although, you can go that route), but older traveling vessels that look similar to the picture above.  This isn’t easy, so what are some ways to make it work?

So, does anybody else have some pointers on writing with ships?  I know of many people who have taken on the challenge.  Share your wisdom!

Charles E. Yallowitz was born, raised, and educated in New York. Then he spent a few years in Florida, realized his fear of alligators, and moved back to the Empire State. When he isn't working hard on his epic fantasy stories, Charles can be found cooking or going on whatever adventure his son has planned for the day. 'Legends of Windemere' is his first series, but it certainly won't be his last.
View all posts by Charles Yallowitz →
This entry was posted in Uncategorized and tagged boats, fiction, ocean voyage, pirates, sea travel, ships, vessels. Bookmark the permalink.

28 Responses to Using Ships in Fiction