Posted on March 1, 2020 by Charles Yallowitz 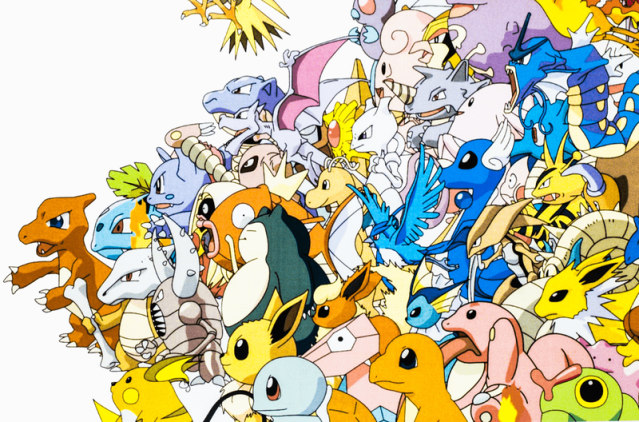 Probably not the best idea to use that picture, but people are going to jump to the comparison anyway.  Keys of Eden is the story/series where the main character is going to be collecting 100 unique monsters.  Wow.  It’s really trippy that the picture above looks like it keeps moving to the left.  Where was I?

Oh, yes.  This is the story where . . . I’m actually still toying with the overall plot.  The first idea was to have a prince going around a kingdom (putting it in the Cerascent Archipelago of Windemere) to gather the 100 royal spirits.  They were spread around the kingdom due to an accident and only the one who finds them all can claim the throne.  Maybe other princes will be on the hunt, but I’m leaning more towards him having been trained for this since youth.  Maybe his father being assassinated and the castle being destroyed is what caused the disaster and he was the only survivor.  He would be aided by a few friends and learn to use the creatures as summons to . . . do something?  I really don’t think a big climactic battle would work here unless I put a final threat that requires such power to defeat.  Maybe an evil dragon since I haven’t really used one of those in Windemere yet and there has to be one or two roaming around.

Anyway, another issue I have is that I’m not sure I want a prince alone.  Part of me considered having him with a female partner and both of them gather the spirits with each one gaining the favor of 50.  This could mean that each of the creatures has an opposite, so they’re always in pairs.  Do I have them be found in pairs or are those separated too?  Maybe it can differ?  This will be a bunch of short stories, so I don’t even know how many creatures should be found in each one.  100 stories could mean 5-10 books depending on how many I put in each volume.  I could switch it up with some found in groups, but will it get boring if I always have them gain a creature?  Once they miss one, it’s all over, but is that even possible?  I’m aiming more for kids here, so maybe the repetition is necessary when compared to an adult series.  I really don’t know.

Characters are another issue since I currently only have:

I’m also wondering if I should pilfer the Monster Maker posts for creatures.  Really not sure about this for two reasons.  First, I didn’t come up with the names and I don’t like the idea of suddenly using them when that wasn’t the original idea.  Second, they were never made with the intention of being used in a story.  So, they really don’t have a lot of what I need, which would be a unique power or significance.

Sudden idea:  What if the prince and female companion need to work together to gain the spirits who travel in pairs?  They can only gain them as a team.  Perhaps the big thing at the end is a 101st spirit, which is a solitary.  This could drop the short story amount to a minimum of 52 (1 opener, 1 finale, and 50 monster quests), but I still need to think of couple themes here.  I’ll run out of elements fairly quickly.  Maybe there’s a magical significance of 50 that I can find for help.  We’ll see.

How does all of this sound?

Charles E. Yallowitz was born, raised, and educated in New York. Then he spent a few years in Florida, realized his fear of alligators, and moved back to the Empire State. When he isn't working hard on his epic fantasy stories, Charles can be found cooking or going on whatever adventure his son has planned for the day. 'Legends of Windemere' is his first series, but it certainly won't be his last.
View all posts by Charles Yallowitz →
This entry was posted in Character Origins and tagged fantasy, gathering quest, keys of eden, prince, short stories, story, traveling. Bookmark the permalink.