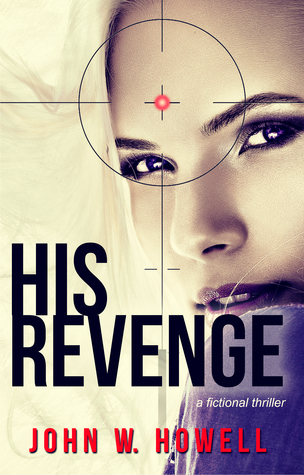 So, I recently finished reading His Revenge by John W. Howell.  This is the second book of the John Cannon trilogy and you can get a copy right here:

The story does take a little time to get into since it begins with John Cannon recovering from injuries sustained in his previous adventure.  Since it was a temporary eye injury, there was a lot of focus on other senses.  This made for an interesting opener, but I will admit that I did hit a point where I wanted things to move a bit faster.  This was about a chapter before someone hit the action button because the pace really picks up after the first gunshot.  By the way, people really have to stop standing near John Cannon even if they have a bulletproof vest.  I crack a joke here, but the amount of times people next to him get hit without warning left me nervous when anyone was standing within a few feet of the guy.

I really liked how John Cannon came across as a guy who lacks combat experience.  In some situations, it means he’s almost useless.  Other times, it forces him to think on his feet and take actions that I found natural.  He doesn’t go into the adventure like an action hero, but more like a man who has stumbled into a bad situation.  It made him oddly relatable at times, especially since you’re viewing everything through his eyes.  So, you know that he isn’t comfortable or completely sure of himself.  In fact, I never got a feeling of confidence from him that made me think he would get through unscathed, which I really enjoyed.

One thing that did catch me off-guard was how much I truly despised the villains.  The way Jacobs and Winther were written just boiled my blood.  It wasn’t that they were pure evil, but there was just this smarmy arrogance that irritated me.  There was no way I would want to see these guys get redeemed and every appearance had me hoping that someone would smack them around.  The desire to see these two get what’s coming to them became a driving force for me to keep reading.  Not sure if that’s a noble reason, but you definitely get your money’s worth if you’re looking for villains.

I would like to say more about the story, but I find that’s hard to do without leaving spoilers.  There are plenty of twists and turns that got me wondering what would happen until the very end.  So, there’s plenty of suspense as soon as the leash is taken off the story.

Overall, I give this 4 out of 5 stars and highly recommend it.

Charles E. Yallowitz was born, raised, and educated in New York. Then he spent a few years in Florida, realized his fear of alligators, and moved back to the Empire State. When he isn't working hard on his epic fantasy stories, Charles can be found cooking or going on whatever adventure his son has planned for the day. 'Legends of Windemere' is his first series, but it certainly won't be his last.
View all posts by Charles Yallowitz →
This entry was posted in Book Reviews and tagged action adventure, amazon, book review, ebook, fiction, His Revenge, intrigue, John Cannon, kindle, thriller. Bookmark the permalink.