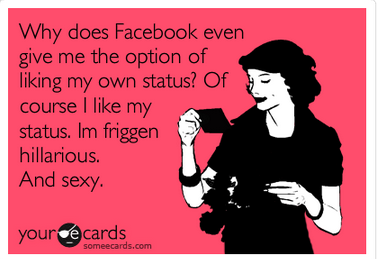 Being a fantasy author, this really isn’t my area of expertise.  Closest thing to social media in my world are telepaths and that’s a little bit too invasive.  Okay, maybe they’re not as invasive as Facebook, but we’ll see where this goes.  By the way, Bedlam doesn’t help me either because nobody has the time for tweets when there are cannibals sizing you up for a pot.

Charles E. Yallowitz was born, raised, and educated in New York. Then he spent a few years in Florida, realized his fear of alligators, and moved back to the Empire State. When he isn't working hard on his epic fantasy stories, Charles can be found cooking or going on whatever adventure his son has planned for the day. 'Legends of Windemere' is his first series, but it certainly won't be his last.
View all posts by Charles Yallowitz →
This entry was posted in Uncategorized and tagged 7 tips, comedy, facebook, humor, lists, no idea what i'm doing, social media, twitter. Bookmark the permalink.

18 Responses to 7 Tips to Putting Social Media in Fiction