Stepping Out of My Wheelhouse 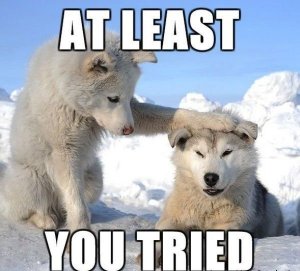 So I’m stepping out of my comfort zone later this week.  I’ve decided to tackle the paranormal thriller that I hope to release in early 2016.

Why so long?  Because I have no idea what I’m doing.  All I have is a basic idea and now the characters, but this one is a little scarier to get into than my previous challenges.  All of those had some connection to what I had already done.  This one seems to be entirely on its own.  Minimal action since I’m going for atmosphere and mystery.  Shorter in chapter and size from what I’m thinking.  Then again, I don’t know what I’m thinking or how to piece this together just yet.

To be honest, this story has cropped up in my mind several times over the last two years.  I think it’s time I gave it life, but now I see how slippery it is.  Focusing on it makes things a lot more real than the dream it was before.  So doubt and second-guessing is showing up in my mind.  Is present tense good for this?  Can I contain my natural instinct to go big?  How does a chapter in this story differ in structure from the ones I usually do?  All of this and I still plan on writing the story.  My hope is to get the outline done tonight before I go to bed.

So, what do other authors do when they step into a new genre?  Is there always a flicker of doubt whenever you try something new?

Charles E. Yallowitz was born, raised, and educated in New York. Then he spent a few years in Florida, realized his fear of alligators, and moved back to the Empire State. When he isn't working hard on his epic fantasy stories, Charles can be found cooking or going on whatever adventure his son has planned for the day. 'Legends of Windemere' is his first series, but it certainly won't be his last.
View all posts by Charles Yallowitz →
This entry was posted in Thoughts and tagged fantasy, genres, new things, paranormal, stories, thriller, trying something new, writing. Bookmark the permalink.

41 Responses to Stepping Out of My Wheelhouse