Posted on November 16, 2013 by Charles Yallowitz

In honor of Read Tuesday I have participated in a 20 Question exchanged with RLL.  He has posted my answers on his blog and I’m posting his answers here.  He has already answered these questions here…STEPHANIE STAMM and given the same questions different answers here…MISHA BURNETT.  Check out his answers and give a look at the links at the end:

1. Fire rages in your house. Everyone is safe, but you. You decide to smash through the window, shielding your face with a book. What is the book?

It’s a tome grabbed at random, in the hope that I discover that book’s name simply by surviving the fire, the smoke, the smashed window, and the landing. I need a surprise, or a laugh at the inappropriate title, when I stand up.

2. Asleep in your rebuilt house, you dream of meeting a dead author. But not in a creepy stalkerish way, so you shoo Mr Poe out of the kitchen. Instead, you sit down and have cake with which dead author?

For once I accidentally named a living writer. Must try harder. Dorothy Parker. I know she’s dead – her ashes being a source of much discussion.

3. Would you name six essential items for writers? If, you know, cornered and threatened with torture.

4. Who’d win in a fight between Count Dracula and Frankenstein’s monster? If, you know, you were writing that scene.

This fight occurs in darkness, and, come sunrise, Dracula is nowhere to be seen. Frankenstein wins on points.

5. It’s the end of a long and tiring day. You are still writing a scene. Do you see it through to the end, even though matchsticks prop your eyelids open, or do you sleep on it and return, refreshed, to slay that literary dragon another day?

If the characters have complex names, it’s time to stop typing and sleep.

6. You must introduce a plot-twist. Evil twin or luggage mix-up?

Luggage mix-up with evil twin in the foreground, but that’s all camouflage for the real plot-twist. Killer Blancmange.

7. Let’s say you write a bunch of books featuring an amazing recurring villain. At the end of your latest story you have definitely absitively posolutely killed off the villain for all time and then some. Did you pepper your narrative with clues hinting at the chance of a villainous return in the next book?

If the villain is capable of existing far beyond time, then killing the villain for all time and then some may not be long enough.

8. You are at sea in a lifeboat, with the barest chance of surviving the raging storm. There’s one opportunity to save a character, drifting by this scene. Do you save the idealistic hero or the tragic villain?

I save Doctor Jekyll. Hang on…

9. It’s time to kill a much-loved character – that pesky plot intrudes. Do you just type it up, heartlessly, or are there any strange rituals to be performed before the deed is done?

I plant a hip-flask in the breast-pocket. A strange place for a hip-flask to rest. Unless a bullet lodges there at the appointed time.

10. Embarrassing typo time. I’m always typing thongs instead of things. One day, that’ll land me in trouble. Care to share any wildly embarrassing typing anecdotes? If, you know, the wrong word suddenly made something so much funnier. (My last crime against typing lay in omitting the u from Superman.)

This relates more to the internet than text files housing chapters. A gremlin lurks on the internet, prepared to strike at will and without fear of retribution. That little bastard takes my well-engineered statement and photocopies it, creating two entries I can never seem to delete.

This relates more to the internet than text files housing chapters. A gremlin lurks on the internet, prepared to strike at will and without fear of retribution. That little bastard takes my well-engineered statement and photocopies it, creating two entries I can never seem to delete.

11. I’ve fallen out of my chair laughing at all sorts of thongs I’ve typed. Have you?

Some of those thongs are only rude in the minds of the crude. For that reason, I cannot exhibit those thongs here.

12. You take a classic literary work and update it by throwing in rocket ships. Dare you name that story? Pride and Prejudice on Mars. That kind of thing.

All Quiet on the Martian Front.

13. Seen the movie. Read the book. And your preference was for?

Vertigo. Hitchock’s movie. Boileau and Narcejac give us a grand tale about an obsessed character in The Living and the Dead. Somehow the transplanting of a French tale to an American setting works wonders for the nature of the obsession.

14. Occupational hazard of being a writer. Has a book ever fallen on your head? This may occasionally happen to non-writers, it must be said.

My head has occasionally fallen on books.

15. Did you ever read a series of books out of sequence?

Some books have little memory. They can be tackled in any order. Doctor Who novels, for example. The first one I read was the first one. Thereafter, my reading of those books was jumbled – though did not suffer for that. Well, the Doctor jumps about in time and space. Don’t expect anything approaching chronological order, in the depiction of a time-traveller’s adventures.

16. You encounter a story just as you are writing the same type of tale. Do you abandon your work, or keep going with the other one to ensure there won’t be endless similarities?

It’s important to state that there’s no copyright in ideas – only in the presentation of those ideas. Otherwise there’d only be one Western. One vampire-werewolf-human love-triangle saga. Hmmm…

17. Have you ever stumbled across a Much-Loved Children’s Classic™ that you’ve never heard of?

Who decides? Can we say no wrong of certain stories? I’ll name no names here.

18. You build a secret passage into your story. Where?

19. Facing the prospect of writing erotica, you decide on a racy pen-name. And that would be…

20. On a train a fan praises your work, mistaking you for another author. What happens next?

I point out that I’m busy driving the train.

For Charles Yallowitz’s answers to my questions, visit REPORT FROM A FUGITIVE.

And here’s a funny one on CONTACTING PEOPLE FOR READ TUESDAY.

Featured in the READ TUESDAY sale on December the 10th, 2013 – Neon Gods Brought Down by Swords and WITCHES.

Both will be free on the day. 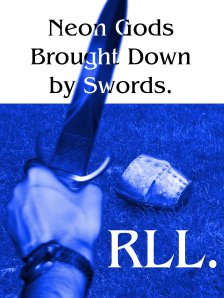 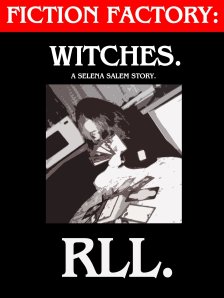 Charles E. Yallowitz was born, raised, and educated in New York. Then he spent a few years in Florida, realized his fear of alligators, and moved back to the Empire State. When he isn't working hard on his epic fantasy stories, Charles can be found cooking or going on whatever adventure his son has planned for the day. 'Legends of Windemere' is his first series, but it certainly won't be his last.
View all posts by Charles Yallowitz →
This entry was posted in Guest Blogging and tagged answers, blogger, blogging, christmas, free, holidays, indie author, interview, questions, Read Tuesday, sale. Bookmark the permalink.