A few weeks ago, Kayla Matt contacted me about drawing the female characters of Windemere.  She did an amazing job.  Today, I’m showcasing her drawings of Selenia Hamilton along with poems, videos, and an excerpt.

Selenia Hamilton is the hardened headmistress of Hamilton Military Academy.  She is tough, stern, and wondering why she hasn’t thrown Luke Callindor out of her academy.  Even though she is very strict, Selenia is a caring teacher who will protect her students like they are her own children.  Here is the ex-mercenary turned mentor: 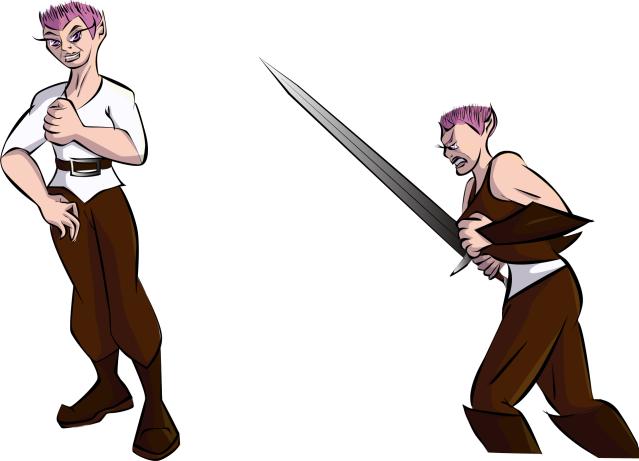 Charles E. Yallowitz was born, raised, and educated in New York. Then he spent a few years in Florida, realized his fear of alligators, and moved back to the Empire State. When he isn't working hard on his epic fantasy stories, Charles can be found cooking or going on whatever adventure his son has planned for the day. 'Legends of Windemere' is his first series, but it certainly won't be his last.
View all posts by Charles Yallowitz →
This entry was posted in Spotlight and tagged art, artist, drawings, fantasy, mentor, mercenary, picture, sword, teacher, warrior. Bookmark the permalink.