Covid Memes: Because I Need to Laugh at My Pain

For anyone who paid attention to yesterday’s post or my Facebook page since Wednesday, I tested positive for Covid. I know, that’s very 2020 and I’m behind the trends. Apparently, the virus doesn’t care.  This is my last day on the meds and I should be okay to be around people once more by tomorrow.  Still, as I said, it’s been emotionally rough.  So, I need to laugh a bit.  Finding memes that were funny and not angrily political was an act that took more energy than expected.  Hope people enjoy.  God knows, I needed some chuckles with this week.

First one I found 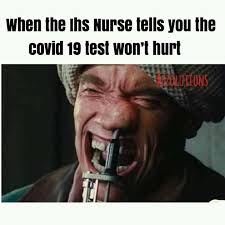 LIES!!!!! (Irony is that I ordered a new pillow the day before testing positive, so I can’t use it until I’m clear.) 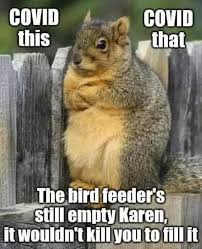 Rodent has a point

This is what hurts the most

4 Responses to Covid Memes: Because I Need to Laugh at My Pain