Call for an Upcoming Cover Reveal: CURSE OF THE DARK WIND

Posted on November 30, 2014 by Charles Yallowitz 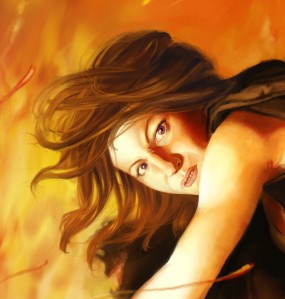 So I have a special announcement, which you can probably figure out from the title:

LEGENDS OF WINDEMERE: CURSE OF THE DARK WIND WILL BE OUT SOON!

I’m aiming for December 12th, which means a COVER REVEAL will happen this week or over the weekend.  I don’t have the final cover yet, but Jason is working hard to get it to me within the next few days.  I don’t have any teasers to post here since I only have sketches and those can be misleading.  So I put up a zoom in of Nyx from ‘Prodigy of Rainbow Tower’ because it’s cool.

(Edit:  Decided to give a sneak peek of part of the sketch.  This is blog only.)

Anyway, I’m hoping to gather volunteers for the cover reveal.  I’ll email the HTML or WORD file to you when I get the cover and set up the post.  Then you just have to schedule it for whichever date I pick.  Time doesn’t really mattered as long as it’s on the correct day.  So give a holler in the comments and:

Charles E. Yallowitz was born, raised, and educated in New York. Then he spent a few years in Florida, realized his fear of alligators, and moved back to the Empire State. When he isn't working hard on his epic fantasy stories, Charles can be found cooking or going on whatever adventure his son has planned for the day. 'Legends of Windemere' is his first series, but it certainly won't be his last.
View all posts by Charles Yallowitz →
This entry was posted in Curse of the Dark Wind, Legends of Windemere and tagged christmas, cover, cover reveal, curses, debut, December, dragons, fantasy, high fantasy, Legends of Windemere, magic, release, series, sword & sorcery, Windemere. Bookmark the permalink.

46 Responses to Call for an Upcoming Cover Reveal: CURSE OF THE DARK WIND