Editing Done and Now On To Editing: The Horrific Time Loop

This was a week . . . That’s really all I’m willing to say for sure.  The plus side is that didn’t need a second hand to count my anxiety attacks this week.  Not sure what happened, but I was able to handle the stress.  That or I didn’t have as much because I really got into the editing vibe.  We’ll see how next week goes before considering that this is a permanent upswing.  The two days where I felt like the joy had been drained out of me should probably be mentioned as a strike against me.  Anyway, I’ll save this stuff for my Anxiety Journal, which started Thursday.

It took me two days to finish editing Quest of the Broken-Hearted and that’s because last weekend didn’t go smoothly.  I was supposed to get some done, but the wacky weather gave my son a bad asthma attack.  Spent most of last Saturday tending to him while my wife went out looking for kid rain boots, which don’t exist.  She came back with a Pokemon sheet set and plush Togepi for the little guy.  I’ll put a picture of him at the bottom for those who don’t know.  Sunday was not any better since the morning saw me suffering from exhaustion and the little energy I gathered sleeping in was absorbed by playing Lego Indiana Jones with a very irritable kid.  Heads were butted, feet were stomped, and scowls were exchanged when it was time to turn the PS2 off.  All of this means I didn’t get back to my editing until Monday.

After the first project, I tackled War of Nytefall: Lost, but that ran into some issues too.  It’s 17 chapters and one would think I could do 9 in three days, but I only made it through 7.  It was disturbingly warm this week, which drained me a bit and I made the tactical error of asking if people needed anything from the grocery store.  My list grew much larger on Thursday, which saw me only getting 1 chapter done.  I tried to make things up by slipping a few July posts into the mix.  The later part of the week really did have a lot of ‘use what little time I have’ with various levels of success.

A great belated birthday present showed up too on this day.  A pair of headphones that I could plug into my laptop when I’m working downstairs.  That’s going to happen more often if the heat remains because the upstairs gets sweltering rather quickly.  The headphones are padded and make it that other people can’t hear what I’m listening to while I can stay hear them.  I thought this would fix the interruption issue, but there’s a small caveat.  People have to see me before they start talking, so a person walking into the room talking will still get me.  Even so, I do enjoy the comfy headphones infinitely more than earbuds.

Want to say other things happened this week, but it was the usual author and father dual role. Since my son got moved up to the older martial arts class, I’ve had to rearrange the schedule a bit.  We’re still trying to master that since it requires an early dinner and negotiating away from snacks.  I can’t dive into night writing as easily, but that’s probably more my mental state.  I’ve been going full tilt on writing and editing since January with only two weeks of rest.  By the end of June, I’ll have published 1 book, written 3, and edited the published and 2 of the 3. That’s in the face of anxiety attacks, blogging, family events, holidays, and birthdays, so I think I should be proud if I can make it.  Definitely a pizza reward moment.

This week will be kind of the same with editing and then I’ll be using the end of the week to do July blog posts.  I don’t want to tackle War of Nytefall: Temptation until I have most of a week to start it off.  This is the December release, so getting it done this early in the year would be great.  I might even do something crazy and rest throughout July/August while the kid is home for summer.  Not sure what I would do with myself though.  That’s down the road.  For right now, I’m just going to take my projects in turn with some planning.  Besides, I can’t go for long without writing in some form.  I’ll probably just outline.

Small aside before the goals: I keep bouncing around with my superhero series by having it on Earth or in Windemere.  I’m leaning back towards the latter because I worry that the trend is dying.  Putting these superhumans into a world of magic and monsters will give it an interesting twist.  It means the characters who use guns or giant robots might have a small problem, but I can try to design magical equivalents.  Considering I already mentioned the Mylrixians, I should probably consider doing this since the superhumans were supposed to be these mystery beings.

So, what’s the plan for the week? 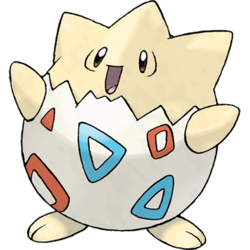 Charles E. Yallowitz was born, raised, and educated in New York. Then he spent a few years in Florida, realized his fear of alligators, and moved back to the Empire State. When he isn't working hard on his epic fantasy stories, Charles can be found cooking or going on whatever adventure his son has planned for the day. 'Legends of Windemere' is his first series, but it certainly won't be his last.
View all posts by Charles Yallowitz →
This entry was posted in Goal Posts and tagged anxiety, blogging, editing, goals, life, Nytefall, Windemere, writing. Bookmark the permalink.

27 Responses to Editing Done and Now On To Editing: The Horrific Time Loop