The Pros and Cons of Vampires Blending In 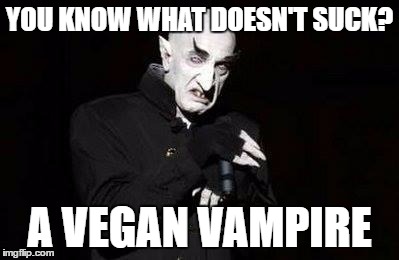 When deciding on a vampire society and how public it is, one has to consider as many angles as possible.  After all, they have to live alongside their prey similar to lions and cheetahs.  You don’t see those other predators pretending to be gazelles, so it’s more difficult for vampires.  That makes it fairly complicated, but maybe the following list can help.

Pros to Hiding Among Humans

Cons to Hiding Among Humans

Pros to Staying on the Outskirts of Society

Cons to Staying on the Outskirts of Society

These are only a few and the lists would be different for other authors.  Feel free to add your own in the comments.

Charles E. Yallowitz was born, raised, and educated in New York. Then he spent a few years in Florida, realized his fear of alligators, and moved back to the Empire State. When he isn't working hard on his epic fantasy stories, Charles can be found cooking or going on whatever adventure his son has planned for the day. 'Legends of Windemere' is his first series, but it certainly won't be his last.
View all posts by Charles Yallowitz →
This entry was posted in War of Nytefall and tagged cons, Dawn Fangs, fantasy, pros, sword & sorcery, vampires, War of Nytefall, Windemere. Bookmark the permalink.

19 Responses to The Pros and Cons of Vampires Blending In